Cannons all.
Bkt Kemuning was very dry with brick hard fairways which were rather worn in places but the greens were good and with little early traffic we were all round in good time.
We had planned at the morning gathering to take M&M at a nearby Chinese but fate intervened. Mike Smith had a hole-in-one at the 176m 2nd using a 7 wood and with money to be spent we decided to stay at the club for lunch…….and lousy it was. But what to do lah? Why can’t golf clubs in Malaysia provide reasonably good grub?
With the dry conditions and the resultant long run, low scores were anticipated and so it turned out. The winner was Mike Smith with 46 points and the runner-up OCB was Glen with 39 points. I’m cut 10 strokes and Glen just the one. The lowest gross was 85 by Andrew Robinson and the most golf was shared between Glen and Ray with 98’s.
The formalities took a while but the resultant RM2000 had to be spent so several tables had free M&M (most without a word of thanks) and the staff went home happy as well. The “pot” for the day; RM254, went to the float which now stands at RM643. We will have to find a way of spending some of it! 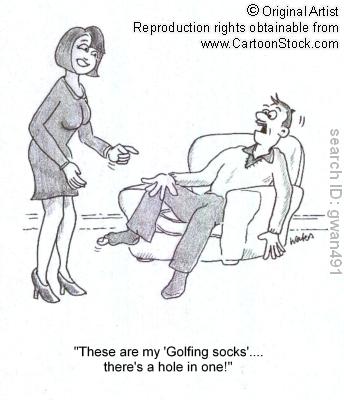