The Monthly Trophy game for July was held at KGSAAS under the temporary convenorship of Aftab Ahmad. It was a slick registration for the 15 players and we were off sharp at just before 8:00am on the Alam Shah and President 9’s. Course conditions were very good although some players complained about the different green speeds between the 9’s. Weather was very favourable and quite hot by the time we finished. Lunch was taken at the clubhouse and attended by all 15 players.

The winner of the July Monthly Trophy was Geoff McLaws with an excellent round of 77 for 38 points.

Joint runners up were Ted Parslow and Graham Cadman both on 37 points. Full results below: 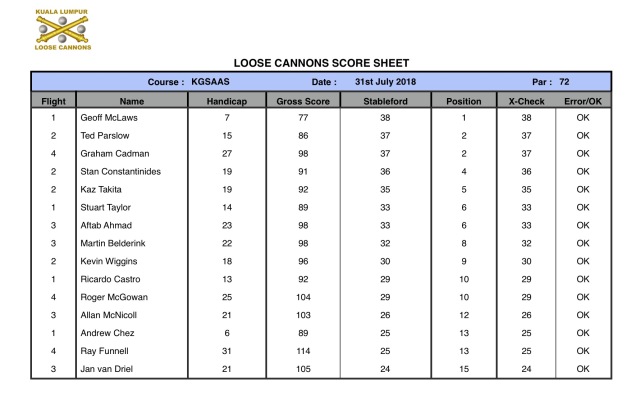 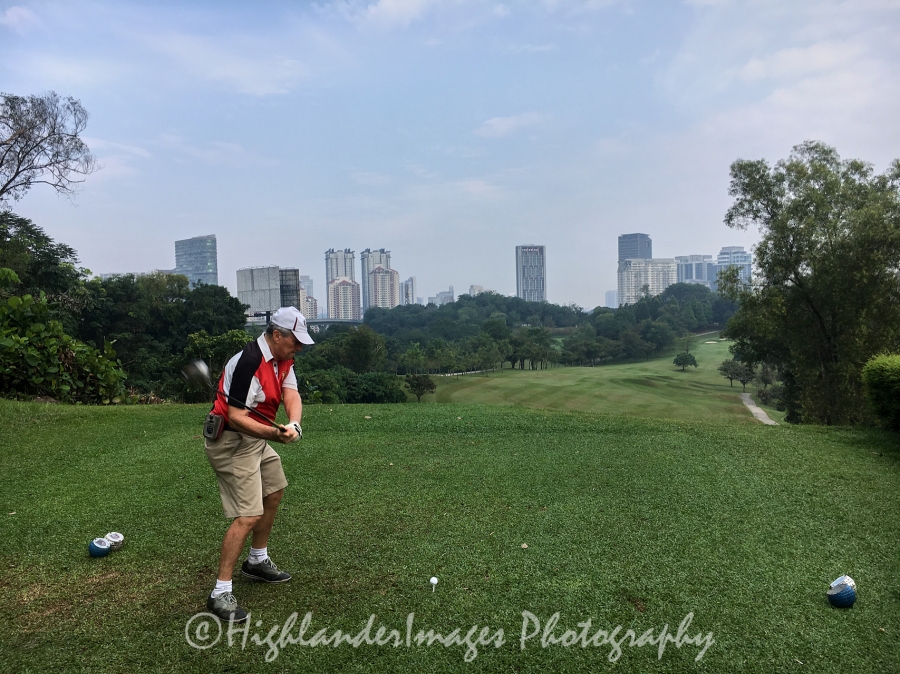 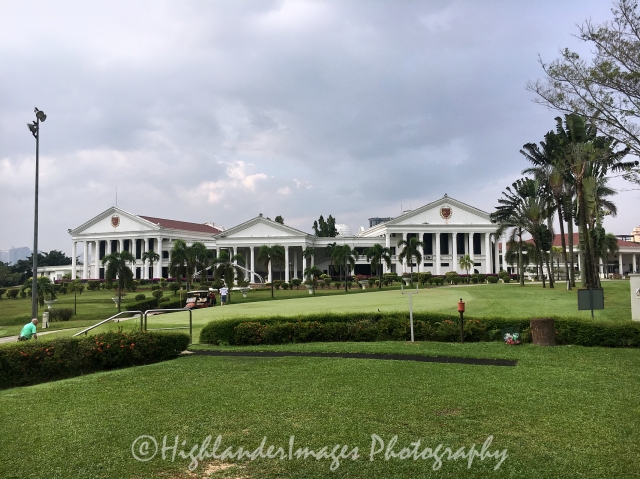 With Hans Berger away on Summer vacation it was Ted Parslow who arranged today’s Loose Cannon’s game at KGPA. We originally had 18 signed up but with 2 late pull-outs it was 16 making a nice round 4 flights.

We welcomed back Geoff Parslow to the group who has not played for some time and Paul Geddes’ guest Lewis Marr.

We teed’ off on the Lakes 9 at 8:30am prompt and then finished on the Forest 9. Weather was good and the course was in good condition so it made for a good morning.

After the game 13 of the 16 players took lunch at Pantai Seafood Restaurant throwing back quite a few cold beers in the process.

The winner this week was Kaz Takita with a score of 89 for 39 points, ocb from Ricardo Castro who also scored 39 points. 3rd place was shared between Ted Parslow (85 for 38) and Stuart Taylor (84 for 38). Full results below: 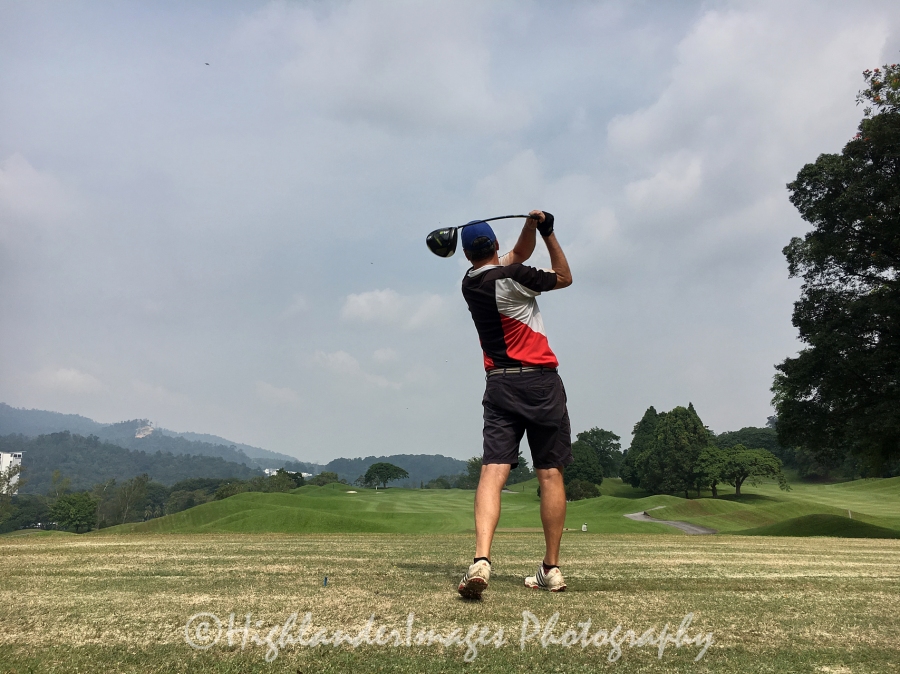 There were only 8 players and 2 flights today for our game today at the wonderful Templer Park kindly arranged by Kaz Takita.

We got off early at just after 8:00am and with the course being very quiet we made good time around the 18 holes. The course was in fine condition but as always a little tricky to conquer. We all finished by 12:30pm and had a nice lunch in the clubhouse after the game.

We had one interesting situation today at the Par 5 12th hole where Stuart Taylor hit his first drive right and it was maybe 50/50 so he hit a provisional ball which was ok in the fairway. On getting down to the point where his first ball may have been a ball was suddenly and miraculoulsy thrown down from the slope by a monkey! There was a troop of them sitting up there at the top of the hill. There was no way to determine wher the original ball may have been so Stuart had to play the ball as it lay which was below a small wiry bush just off the fairway making his 2nd shot rather difficult. he got away with a luck bogey on that hole aftre two-hitting out the bunker then chipping in!! Must train that monkey a but better to throw the ball ON to the fairway!!

The winner today was Stuart Taylor with a gross 87 (best of the day) for 35 points. Runner up was Siegmund Maierbrugger with 93 for 33 poimts. Full results below: 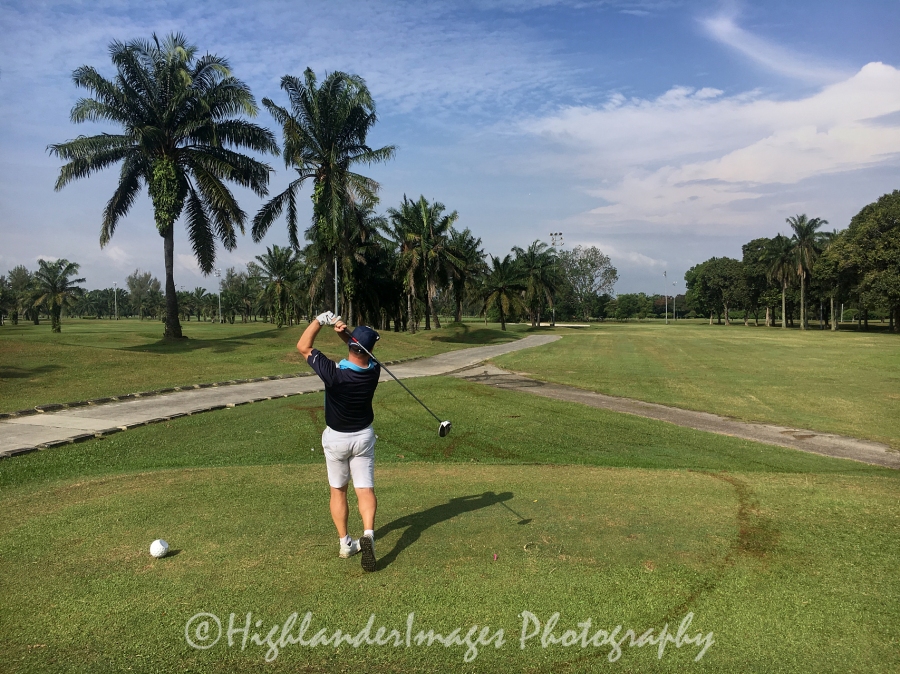 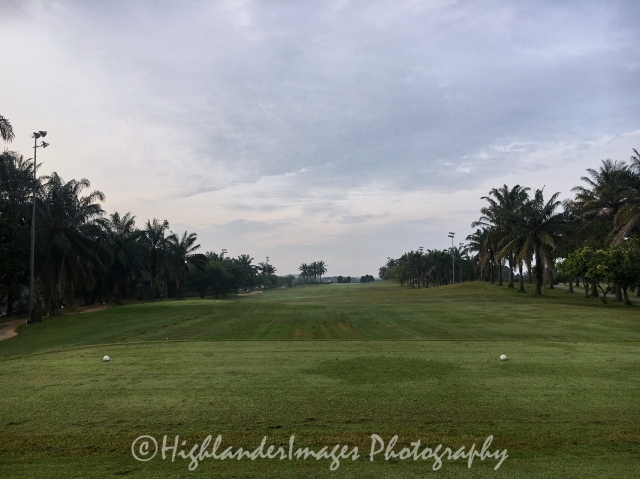 We had 13 players today signed up for the game at Bukit Kemuning but only 12 ready to start at the appointed meeting time – Bernard apparently got lost even though he has been at this club numeorius times. We also had a problem in that the locker lady had not shown so we could not access the changing rooms. However a fairly efficient registration meant we started 10 minutes late and by that time our last member, Bernard Romahn, had finally made it to the club resulting in a 3rd flight of 5 players!

The course was in fairly good condition and relatively quiet making for a quick round. The greens were somewhat bumpy resulting in some erratic putting. Weather was good and we were all finished and in the restauarant by just after 12 noon. Good food and plenty of cold beer was served at the O&S Restaurant in Kota Kemuning rounding off the day nicely.

The winner today was Kaz Takita with a great score of 87 for 41 points. Runner up was Reinli Tan with a score of 92 for 40 points. Best gross was Paul Geddes with an 81. Full results below:

Sixteen Loose Cannons had signed-up for the game at this very nice course, they all made it in time except for myself as I was hit ~ 20 degree from behind while cruising at a comfortable speed on the triple lane highway. Time for my oldie to visit the body-shop again.
Weather was nice, the course played a bit difficult today as the green were sanded. As many times before the slow walking playing members added to the time consumed, but in general takes more time to play.
Nine assembled at the Crab House for the post game lunch, the food is good but the surroundings is like a mini war-zone area.

So who had his game under control?
– winner was Ted Parslow with 39 points
– second Martin Belderink with 35 points
– shared third Andrew Robinson, Stan Constantinides, Ricardo Castro and Mike Williams with 34 points.

From next week I will be back home hugging my grandchildren and what have you back there so the following volunteers will take over; Paul Geddes will do 10/7, Kaz Takita 17/7, Ted Parslow 24/7, Kevin Wiggins 31/7 and Aftab Ahmad 7/8.
Congratulation to the English and Swedish football teams to their victory and I look forward to see them play each other in the 1/4 final in Samara on Saturday.