Loose Cannons All,
Klaus called in sick so fourteen of us played Bkt Beruntung GCR yesterday and as a surprise we got to play the West instead of the East which we tested last week. The West was a different animal in comparison is it was more open, less soggy ie more run, more water and some patches of bare soil on the second nine fairways although the first nine had some very nice charming holes. In general though it could do with some grass cutting here and there as well as more sand in some of the bunkers. In comparison to all other courses we are playing it’s not a bad course at all, it’s more a matter of getting used to how to play it I think.
The food at the Garden Terrace was very good but it took a bit long to get it, but that’s how it may be when one order individual dishes.
This time Alan’s guest Chee Wah Tsang could come he claimed 24hcp which we accept, next time you play at 25, please feel welcome Chee Wah Tsang.
So how did it go, John had the highest and the lowest score 42 points (with four bonus points) respective 88 gross closely followed by me, John is cut 4, sorry no monthly trophy at hand lah. Second came Andre also 42 but with less points on the second nine, cut 1. Most golf was played by Alan H at 120 closely followed by Allan M. For the matter of stats only four players had below 30 points.
Finances
– Intake; kitty from last 126 (not 86 as stated in KGSAAS report), 12 x 110 non-member, 2 x 60 member, 50 extras from Glenn & Vincent = 1616
– Expenses; Green fee 1092, M&M 435, winner 50 = 1577
– Kitty; 39 Rm which is in the hands of Andrew now

Next week’s game will be at Bukit Beruntung Golf & Country Club and will be the monthly trophy game. Names to Hans Berger please to confirm your attendance. Usual arrangement – be there by 7:30am.

Loose Cannons All,
Fourteen of us assembled at KGSAAS this lovely cool morning for the usual Tuesday play. The course played as one could expect after the heavy rain on Sunday a bit soggy and wet here and there, but greens were as good as we have known them to be during the dry season.
At the top of the ladder with 42pts was Hans Berger and cut 6, closely followed by Aftab on same points but with one point less on the back-nine, Aftab cut 1.
John Laidley as expected had the lowest gross with 79 (41 pts) and the most golf had Allan McNicoll with 123.
Hans Berger commented “Being a member I should perhaps not comment but I reckon the food at the restaurant has improved and by observing what presently happens at the course, the President nine is subject for green resurfacing, one would think the three nines will stay.”
Finances
– Intake; 12 x 160 non-member + 2 x 100 member + 12 x 20 extras = 2360
– Expenses; Green fee 1676 + M&M 548 + winner 50 = 2274
– Kitty = 86 Rm

Barry, Tony and Ted chit chat before tee off

Alan Holgate tees off on the 1st

Ted Parslow blasts one away

… and sharing his joy with his caddy

Aftab deciding on club selection for the final hole

A happy bunch of LCs at their lunch

Andre tucks into his chicken curry. The chicken curry was a popular dish for lunch … so much so that we thought they had run out given the time Mike Smith had to wait on his order

Allan McNicoll describing each of his 123 shots in detail to Ted Parslow who looks on in awe!

Cannons all,
Golf next Tuesday 23rd October 2012 will be at  KGSAAS Shah Alam
Please respond to Hans Berger h.berger2010@gmail.com the Pro Tem CONVENER
Thank you.

Cannons all.
Staffield Country Resort was in super condition for today’s game and with dry weather throughout, (the first spots of rain started to fall as the last flight walked off the 18th) it was a real pleasure to play this wonderful track again.
We were 16 until 10:30 last night when Geoff Parslow pulled out…..some emergency that Ted would explain to me. More on this later. Then at 6 o’clock this morning Barry Cousins called me to say he had twisted his knee putting his clubs in the car. Old age is the pits isn’t it? So 14 LC’s teed it up promptly at 8 o’clock behind what appeared to be a rather slow 4 ball with Andrew muttering that this had the makings of a 5 hour job.
Berjaya; the owners of Staffield, continue to carry out long overdue major maintenance of this once lovely course and the playing surface was excellent, particularly the greens which were quick and true and a real pleasure to put on. After so much rain in recent days the drainage improvements that they have undertaken are clearly working as no soft patches were encountered. The bunkers are currently undergoing a complete work over; those that are completed were good but there were several that were in progress and not in play.
We played the Northern and Southern 9’s and with two 3 balls leading the way we were all round in just over 4 hours so not the protracted game that Andrew had feared. There was a small competition competing for space but they didn’t affect our game at all. Good management by the starter.
The winner was Mike Smith with 42 points OCB from runner-up was Aftab Ahmad.
The lowest gross was 79 by Geoff McLaws who also had the longest drive, (see below) and the most golf was played by Allan McNicoll, Glen Wombwell and Stuart Taylor all with 109.
Mike Smith is cut 6 strokes and Aftab 1 stroke.

10 of us drove the 5 mins to Mantin for lunch at the usual place and excellent it was too. We would have been 11 but Geoff McLaws missed the place, drove 11km past, turned around and missed it coming back having said he ‘knew’ where the place was, then found himself on the way to Nilai Springs, turned around and started back before declaring himself “completely f….g lost” and abandoning the expedition, heading home with the aid of his GPS. For this Geoff picks up the coveted honour of “Longest Drive”. Editor’s note: Barry Cousins should get an award for the “shortest drive” of the day!

While Allan, Glen and Stuart all racked up 109 strokes on the course this pales into insignificance with the 110 clocked up by Geoff Parslow……..days that is, over stayed on his visa! Hence his late withdrawal since he had more pressing matters to attend to with Immigration this morning. Ted will let us know if the deportation holding cells allow visitors.
It’s also worth mentioning that John Laidley couldn’t remember whether he had played Staffield before or not!!! Oh dear. What with Barry’s knee and Johns memory what are we coming to?

1st tee on the Northern Course

Julien tees off on the 1st

Ted Parslow hits on into the bunker on the 2nd

Ted putting on the 9th hole on the Northern Course

The large structure behind the tee on the 5th hole of the Southern Course is apparently a swallow house where the birds nest …. no doubt to end up in some soup at our favourite restaurant in Mantin later!

Just to give everyone some inspiration for next week’s game …..

Golf next Tuesday, 16th October 2012 will be at Staffield Golf Resort
Be there by 07:30 LATEST
Lunch will be at the usual place in Mantin
Names to Mike Smith soonest

Cannons all.
It’s a long time since we played Monterez Golf & Country Club; probably 3 years. It’s not one of my favourite venues and since I make the arrangements it’s understandably towards the bottom of the pile of clubs to choose from, It’s in that position because it’s so tight and with so many fairways so closely adjacent to others with balls flying everywhere, it’s frankly bloody dangerous. But I must say with improved netting guarding the tee boxes and many more and much bigger trees these days It was OK. Of course, being so close to town it gets busy and so it was today with many even more decrepit players than our LC’s in abundance.
Blessed with wonderful weather 15 LC’s teed it up from 1 & 10 and after a short delay at TB1 we got started shortly after 8 o’clock and surprisingly there were few hold-ups.
This is a short course at 5166M from the whites and with a slope of 116 good scores were anticipated and we were not to be disappointed. The fairways were good with plenty of run after the recent dry spell and the greens were true and deceptively quick, particularly down grain, but nice to put on. The bunkers too were well kept so all in all a good playing surface.
The winner was Raymond Keys with 45 points and the runner-up was Hans Berger with 40 points OCB from Geoff McLaws.
The lowest gross was shared between John Laidley and Geoff McLaws with 78’s and the most golf was played by Allan McNicholl with 120.
Raymond is cut 9 strokes and Hans 1 stroke.
13 of us took lunch at the club where the food was agreeable, the beer reasonably priced and the service brisk for the most part if you ignore the 2 or 3 orders that seemed to take an awful long time to reach the table. But generally a good lunch. We will return sooner rather than later.

…. and in my case where much sand comes into play. On the 1st hole I went from bunker to water and then to OB … not a great start.

Hans Berger blast one away on the 2nd hole

Some serious work was underway on the 6th hole

…. and quite correctly this was marked as GUR which was good as I landed in the middle of this equipment

Hans Berger deciding on his strategy at the 9th hole

….. and he decides to go for a safe shot right down the middle ….. wise man

John Laidley in the following Loose Cannons group aptly demonstrates the Canadian Fling …. or does he just have ants in his pants!

The 13th hole is a very short par 5 at only 414 metres but the green is tough and well guarded by many bunkers …..

….. and again on the same hole I’m in the bunker. I think the shot is called a “Rommel” …. bunker to bunker

A panorama of the 13th hole

This photograph reminds me of that TV show called “The Odd Couple” ….. don’t ask me why

Hans Berger having a “senior moment”

The 18th hole may appear to be a simple finish but the green has many undulations and breaks that can ruin your round. 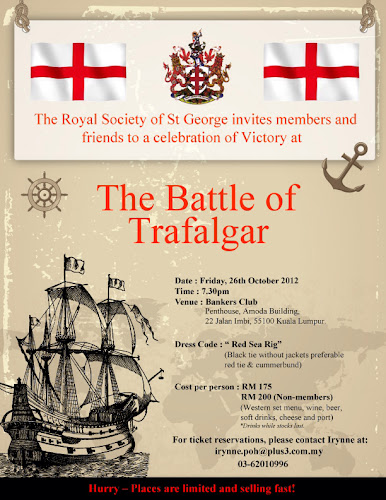