There were 11 of us for the game at Bukit Unggul.  The course was in very good nick, the weather sublime and we were the only people on the course when we started out!  The first flight of 3 were back in the clubhouse at 11.00 am and enjoyed a leisurely lunch prior to the 2 four balls arriving back noonish. 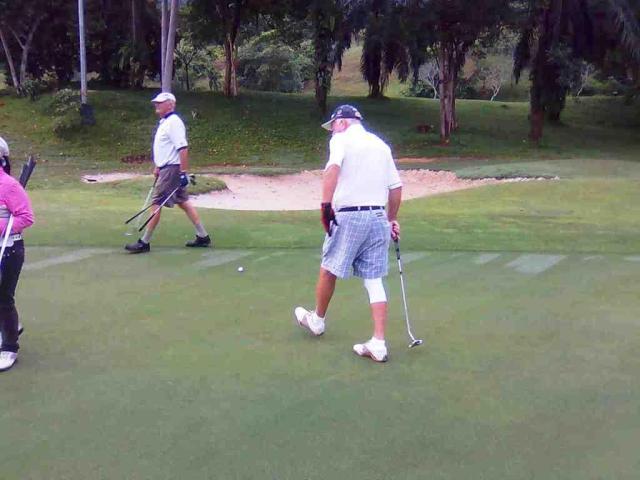 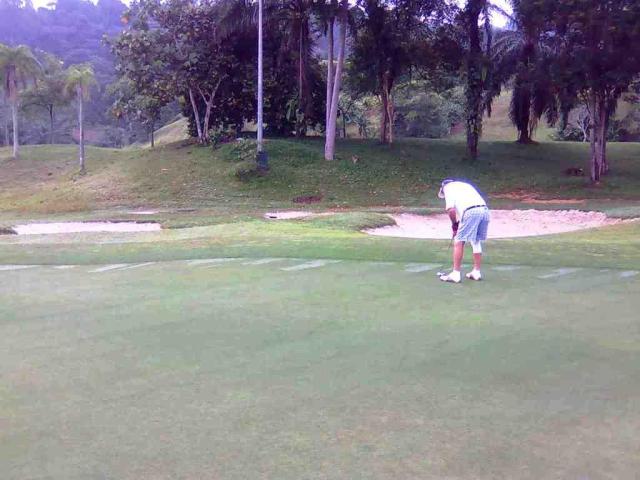 Winner on the day with his best ever round of golf was Bernhard Romahn with 82 off the stick and 48 points!  Ironically he was off to Alistair after the game to collect his new set of clubs!  Perhaps a tad late to cancel the order?  And second with 91 off the stick and 36 points was Hans ‘Rattan’ Berger.  Lowest gross was of course Bernhard’s 82 and the most golf was enjoyed by Jacko with a solid 120. Bernhards handicap is lightly trimmed by 12 and Hans by 1. Full details below:

Makanan dan minuman were taken at the club, and although the food when it arrived was fine, the service was appalling!  3 waitpersons lounging around at the other end of the terrace with nobody else to serve but us………….?  Carry-over was RM25.

Tom was welcomed back and having only arrived from Stanstead the night before was in remakably good shape, less so his golf…but he seemed to be looking forward to returning to the Beach Club asap.

Next weeks arrangements to be confirmed in a day or two…