Serendah clubhouse and facilities were, to say the very least, rundown and tatty but the course itself was in good condition, particularly the greens in most cases. It was a misty and somewhat cool morning to start but soon the temperature rose and the humidity with it which exhausted many of the players. We had a turnout of 13 players including one guest, Tom, a friend of Mike Smith’s from Qatar. 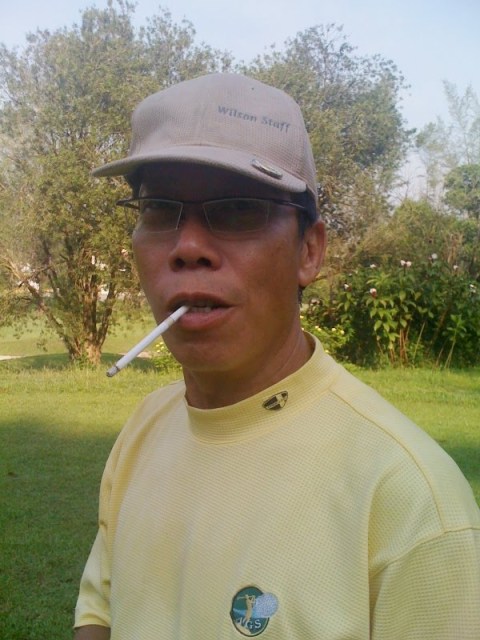 Hans Berger has time to “smell the flowers” 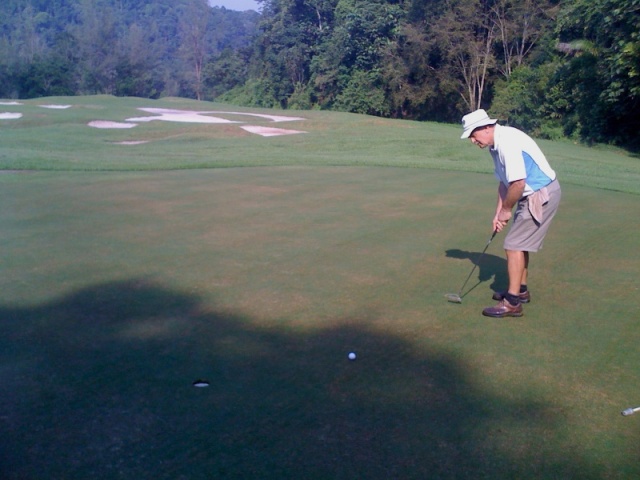 Hans Berger having some drainage problems 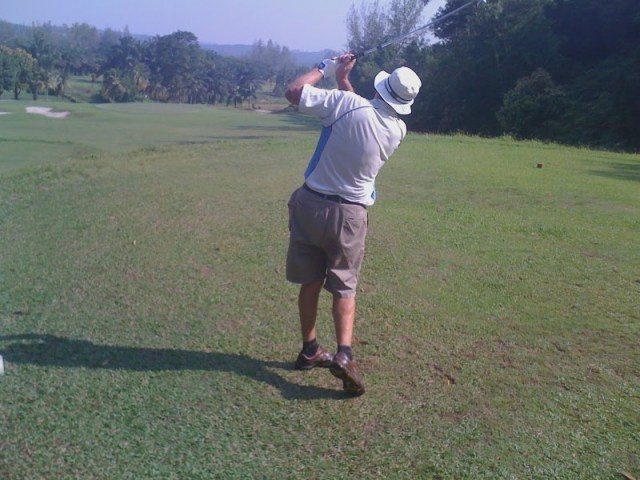 Rein Li, after narrowly missing Ray Funnell in the flight in front, manages to recover from a bad lie in the drainage ditch 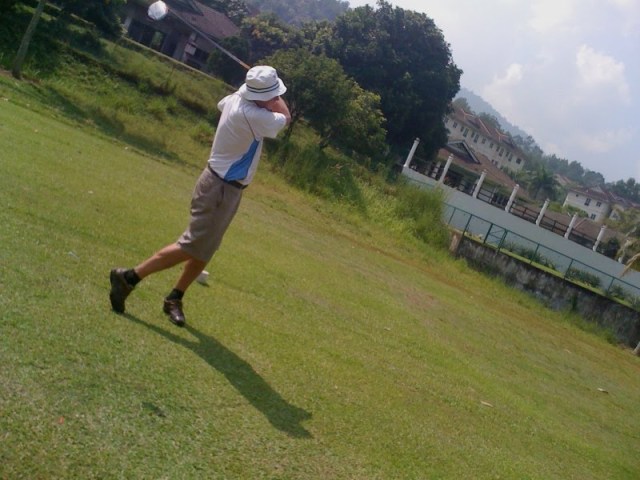 No this is not a steeply sloping fairway … just an “artistic photo”! 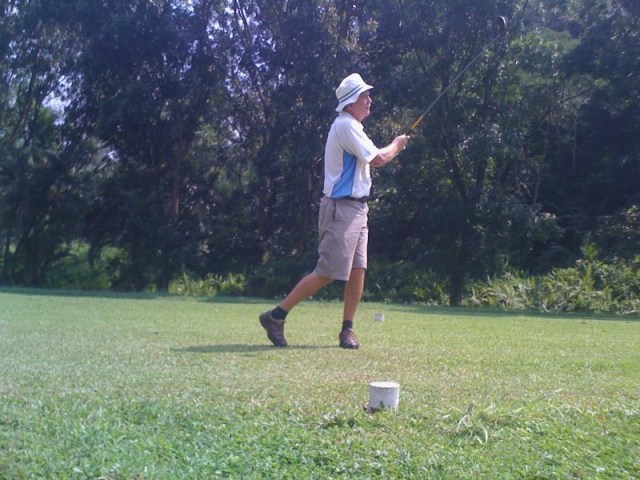 16th hole …. gotta be the biggest bunker I’ve seen … and I believe slightly overfilled with sand!!

Rein Li in action on the 17th

Results
Winner of the day was Andrew Robinson with 39 points (cut 4) which was very fitting given that it was his birthday … he also shot the lowest gross score of the day. Ray Funnell was runner up with 36 points (cut 1). Most golf was by Tom who shot a 114 – great value for money though Tom huh?

Makan and Minum time at The Equatorial

And it was Andrew Robinson’s Birthday (61st)

Raymond “Pork Knuckle” Keys indicating he has chowed down on two pork bones!

Footnote:
Following on from the ever popular and continuing theme relating to Hans Berger’s fruit platter story I awoke this morning prior to the game to a lovely note left on my water bottle carrier in the kitchen from my dear wife as seen below: 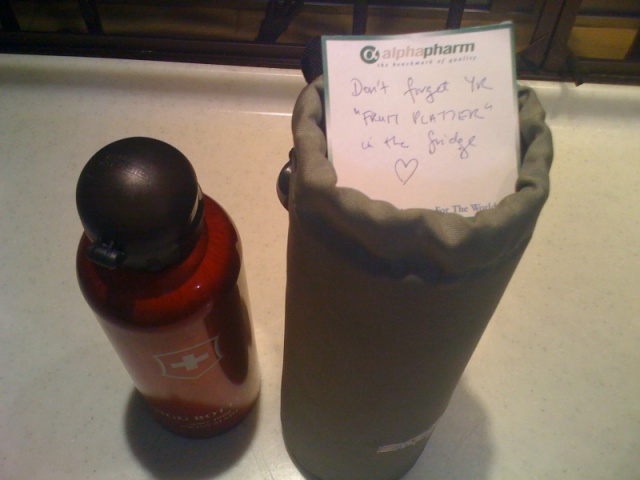 …. and there in the fridge was my “fruit platter”. Well it’s a start I guess but a long way to go to reach the levels of service that Mr Berger receives on his golf mornings!!