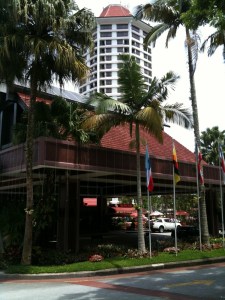 It’s been a long time since Awana Genting featured on the Cannons schedule, and a very pleasant surprise it turned out to be. Perfect cool and bright weather, great scenery and the course in very good order, albeit the fairways and fringes rather wet. The greens were very fast and tricky. It was a serious challenge, but one that all enjoyed. Although a tad more expensive than most courses the Cannons play, it was a worthwhile exercise.
The winner on the day with 102 for 35 points was Tom Holmes – his maiden Cannons win! In second place OCB was Reinli Tan with 88 and 33 points. Tom is cut 4 and Reinli is cut 1. Lowest gross was Reinli’s impressive 88 and Mike Hughes played the most golf with his 116. Mike Hughes tally was boosted by a stunning birdie on the last for 5 points! Full details as follows:
Tom Holmes – 102/35
Reinli Tan – 88/33
Thong Chee Who – 95/33
Raymond Keys – 105/31
Tony Morris – 99/30
Klaus Kretschmar – 100/28
Andrew Robinson – 96/27
Bernhard Romahn – 114/22
Mike Hughes – 116/22
Vincent Vijayan – 110/13

Luncheon was taken at the RSC Kiara Sports Annex, it being deemed sensible to get off the hill before drinking commenced. A variety of makanan and minuman was enjoyed by all. And it was revealed during discourse that Tom’s nickname in certain circles is ‘Mr Bean’ – and we witnessed the extraordinary spectacle of him neatly cutting off and discarding the crusts from all around his pizza….. And having pocketed his RM50 winnings he then had the gaul to think that he would also get a free lunch!

News of next weeks game will follow in a day or so. 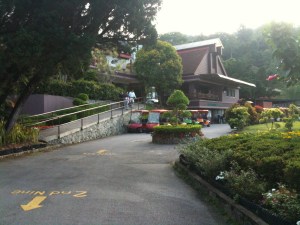 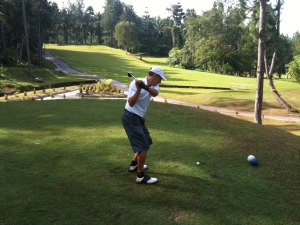 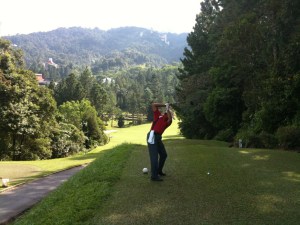 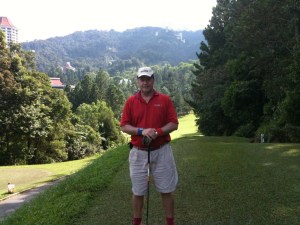 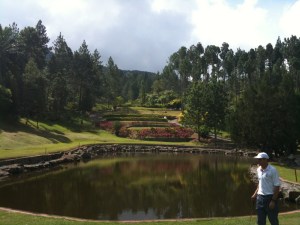 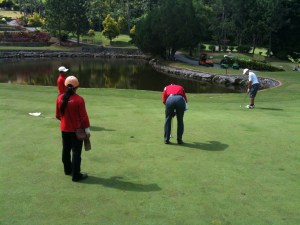 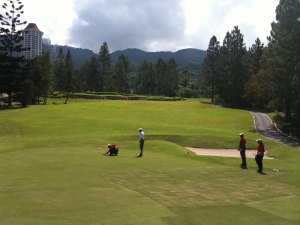