Skip to content
The Christmas game at Bukit Unggul was well attended with 20 registrations but Rein Li failed to show up despite texting Ray Funnell that he was “on the way”. RLT, you owe RM50 being the registration fee paid on your behalf.
Thus 19 players; 15 Cannons and 4 guests, teed off mostly wearing the customary festive head gear and we enjoyed perfect weather on a course in fair nick but ravaged in parts by visiting babi hutan; a perennial problem at BU. The greens were OK for the most part but a couple were heavily sanded but generally fair scores were returned. Paul Jayaraj was the clear winner 42 points and Dick Stauffer was runner up with 40 points. Kevin & Bernhard tied lowest gross with 86’s and the most golf was played by guest Jean-Eric Husson with 111. The details follow.
Thanks go out to Kevin who contributed 6 Green Fee & 2 F&B Vouchers which helped the finances. At RM80 per head for non BUGCC players this was good value. We held RM450 for the post game F&B but with 8 jugs of beer (plus 2 donated FOC by the club) consumed we were short by RM175 which was paid out of the accumulated carry over, this being Christmas. Thanks also to Ray F for pre registering the players. Thanks guys. All in all a good day.
Next week is the Monthly Trophy game. Watch this space for details.
Ray F. Please forward me Tony Russell’s Email and I will add him to the circulation list.
Merry Christmas to all. 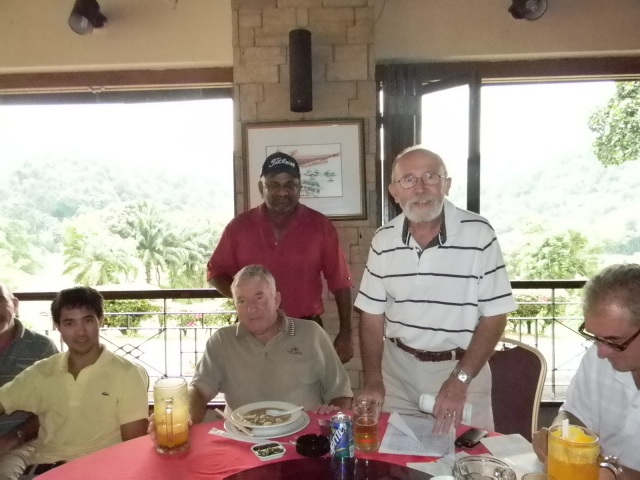 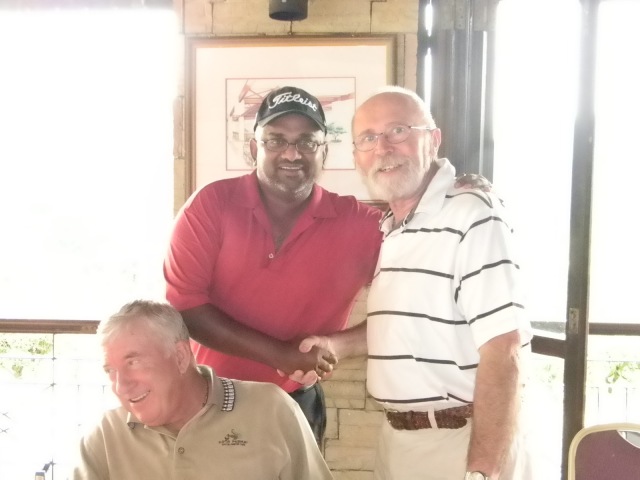 Thanks to Keith Ganesan for the photos.