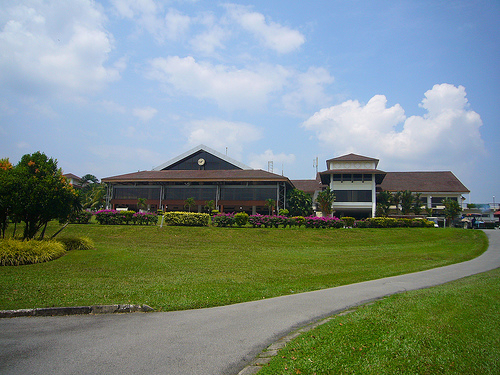 Rahman Putra was a tad soft underfoot through the green but the greens were firm and fair. 10 Loose Cannons took up the challenge and as we have come to expect, found the course unforgiving of errant shots. You have to find the fairways here. The rough, when wet, is very rough and punishing.

The winner with 36 points was David Hughes and the runner up Barry Cousins with 34 points. Cuts of 4 & 1 stroke apply. The lowest gross was 90 by David and the most golf was played by Dick Stauffer. The full results and your updated handicaps can be found on the attachment.

Numbers were down as is always the case because of the KLOGS game tomorrow. I know we aren’t getting any younger but I’m sure most of us can still manage to play on consecutive days!

M&M was taken at the club which was up to it’s usual high standard and with the amber nectar at a reasonable price the F&B bill was reasonable. RM55 carry over.

Loose Cannons will go on a Northern Tour to Ipoh at the end of the month for the Trophy Game at Clearwater Sanctuary followed by a 2 day tournament at Meru Valley. Andrew has made a very good deal on Club Rooms at the renovated Impiana ( thank you Andrew)  and we expect to have a very enjoyable trip. Currently we have 8 confirmed participants for the full tour and we aim to top this out at 12 on a first come first served basis. We won’t go with odd numbers. For tour details see earlier blog post.