Skip to content
20 LC’s made their way to Kajang Hill G&CC Tuesday 21st September on a damp morning but it had dried up by the time we teed off though the course was very wet underfoot but quite playable; especially the greens which were in excellent condition. the bunkers however would have been better if there had been more sand!
Recent rumours about the future of this nice, mature, well run golf course are true apparently. It has been bought by a developer who intends to convert it to housing and they are wasting no time as evidenced by the surveying parties on the course and most of the mature trees already numbered ready for transplanting. What a shame. It’s one thing to lose a few of the really rough tracks but to lose a mature gem like KHG&CC is a real pity. I understand that a study of the possibility of incorporating a 9 hole layout within the housing development is being investigated but obviously it would be for the use of the residents and not the general golfing public. I have no time frame for this regrettable development but in whatever time that there is left we will try and play KH again.
The winner today was Ben Webb with 44 points and the R/U OCB was Tony Morris with 42 points from Richard Moss. Ben is cut 8 strokes and Tony 1 stroke. The lowest gross was 78 by Geoff Parslow and the most golf was played by Alan Holgate.
M&M was taken at the club as part of their package and very good it was too and at RM412 net per flight, it’s value for money.
But for how long? 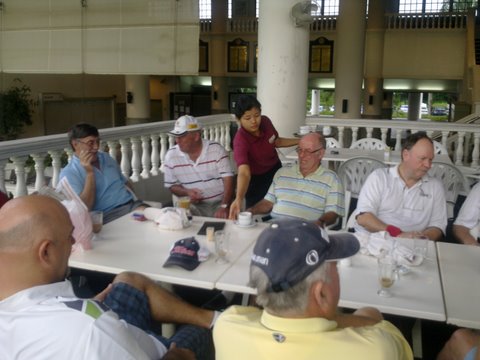 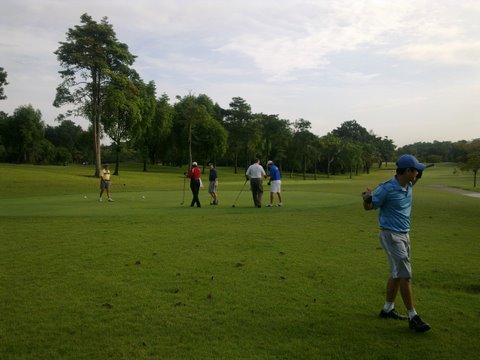 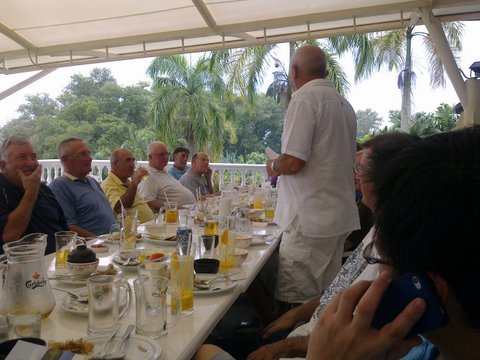