Skip to content
Cannons all,
12 golfers assembled at Kajang Hill on a beautiful morning with few other people to disturb our enjoyment of this lovely golf course. Still in operation and likely to remain so till late 2012 according to the staff. But the signs of neglect are beginning to appear.
With glorious views of the main range; Genting being very visible, we teed off on a nearly deserted course and made good progress slowed only by the search for balls in the long rough which has remained uncut due to the recent very wet weather.
This was the December Trophy Game and the clear winner was Bernhard Romahn with 42 points with Richard Moss R/U with 37 points OCB. The lowest gross was 84 by Bernhard and the most golf was played by our visitor Steve Hamill with 110.
Bernhard is cut 6 strokes and Richard 1 stroke.
The venue for next weeks game will be announced later.
Best wishes to all Loose Cannons for the New Year. 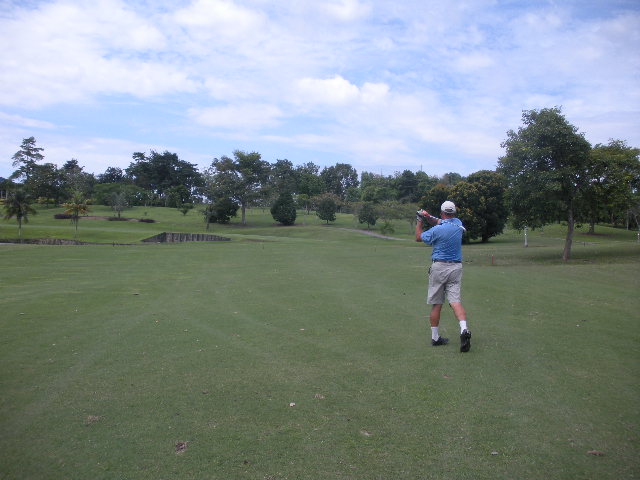