12 Loose Cannons showed up for this week’s game at The Club @Bukit Utama, a rather tight and challenging 9 hole course. We played the white tees on the front nine holes followed by the blue tees for the second 9 holes.With it being a Public Holiday there were a few other players on the course but we managed an efficient check-in and registration and were off at around 8am. However play was from there onwards rather slow and the round was close to being a 5 hour round had we managed to actually finish. Unfortunately a large thunder storm came in and play was suspended as the last Cannons flight had just completed the 16th hole.
The course was a little wet but the fairways were in pretty good condition – it was only the greens that rather sadly let down the course with many in poor shape. The rough was unforgiving and should your ball have entered any of the trees on either side of most of the fairways … it was gone!
Lunch was taken at the Restoran Supertanker in the club and food was very good washed down with around 15 large bottles of cold beer. Richard Moss who didn’t play joined us for the lunch. It was decided that this game result was scratched, all handicaps to remain unchanged and the winner’s pot to go towards the lunch bill which was a hefty RM900+ figure. Much muttering about the course, the state of the greens, and the slow play etc probably means we will not be playing The Club @Bukit Utama for some time to come. 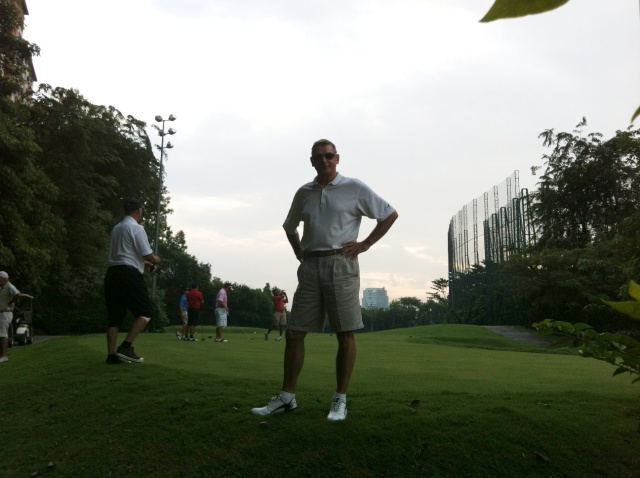 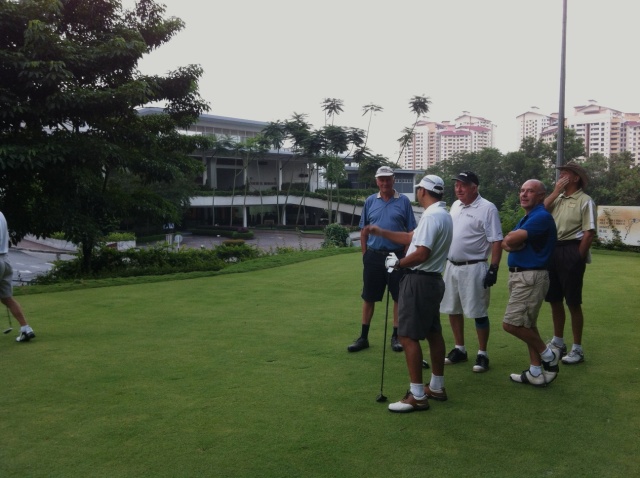 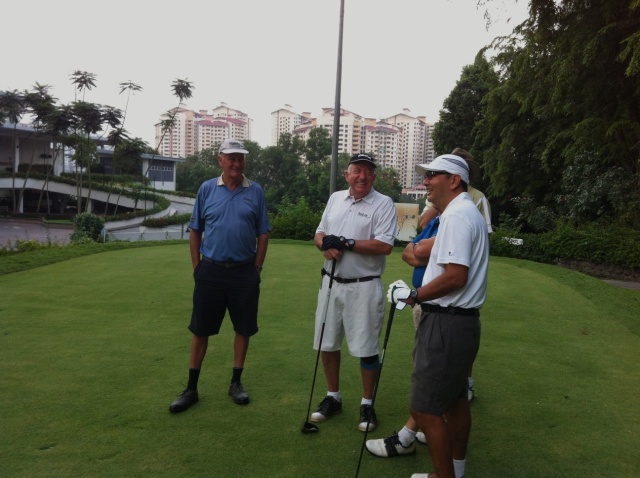 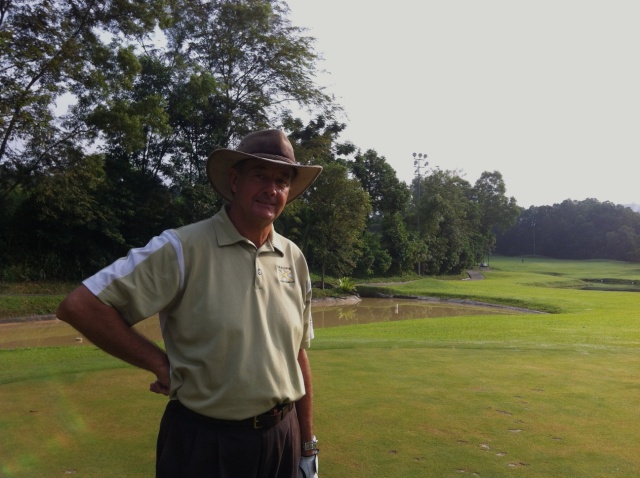 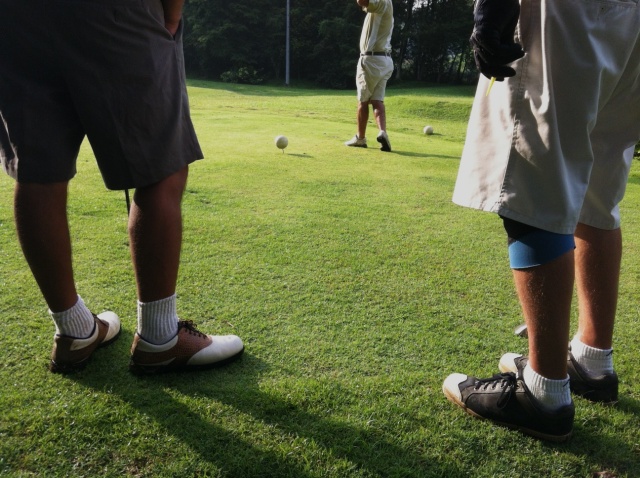 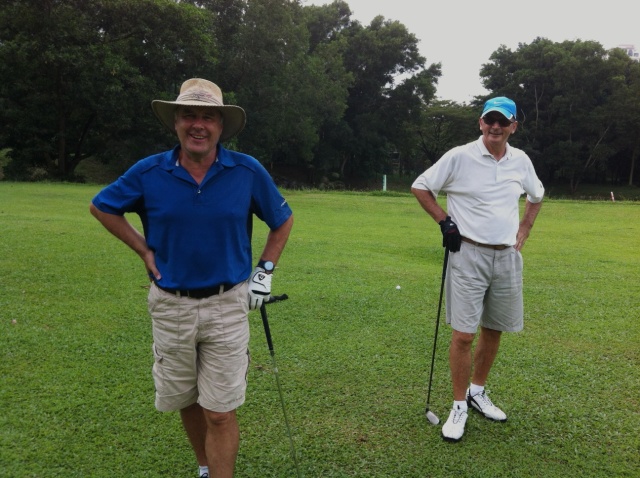 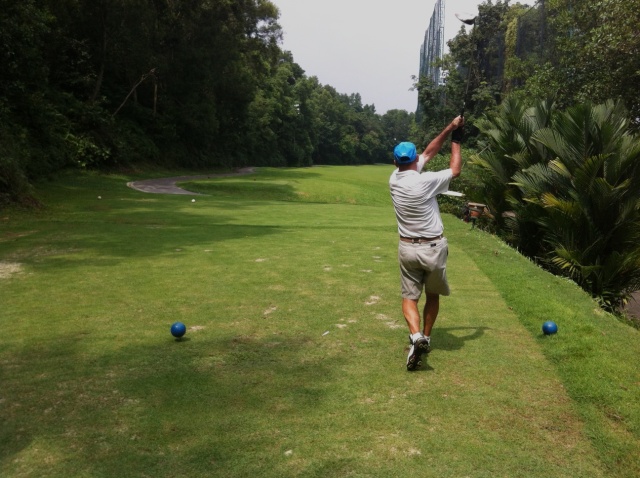 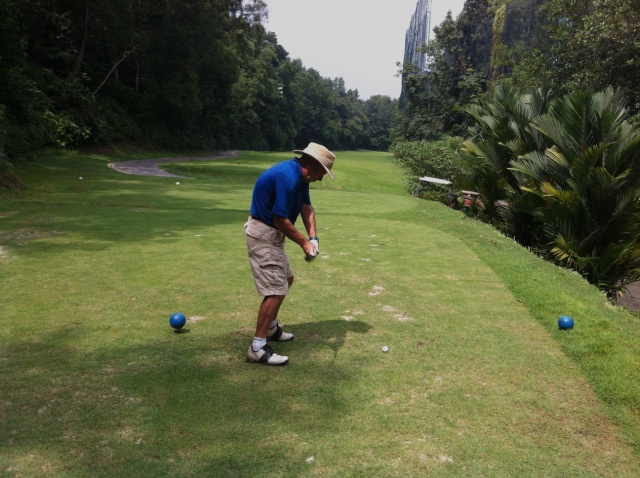