The monthly Trophy Game for February was played at Impian Golf & Country Club with 23 players participating. After a fairly efficient check in and registration we teed off from two tee boxes at 8:00 ++. There was a little confusion over the tees that we should have played from …… Impian normally does not have white tees so the message that was conveyed to the group teeing off from Tee No 1 was play from the Blues ….. but as there were White Tees in play today the groups playing from Hole No 10 apparently used the White Tees.

The course was in great condition and the greens rather tricky and difficult to read. Play was rather slow today as there were a few slow moving groups in front …. as Mike Smith was quoted over lunch he was annoyed at the “slow elderly players in front” …. rather choice coming from our most senior player I thought!

Weather was clear and fresh at the start but became very hot and sticky by the back 9 making it most exhausting.

13 of us had lunch at the restaurant opposite Kenwell Seafood as it was closed and it was on the whole pretty good but not quite as good as Kenwell Seafood. Although the prawns were reasonably priced they were rather small and rather overcooked.

We had two players on 40 Stableford points today but the February Trophy Winner on count back was Geoff Parslow with the best gross of the day of 79 and 40 points from Bernard Romahn with 85 for 40 points. Geoff will be cut 4 strokes. Well done. Full scores below: 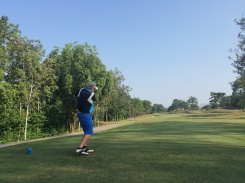 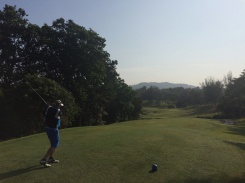 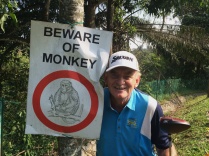 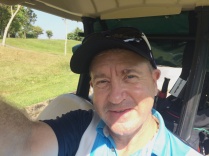 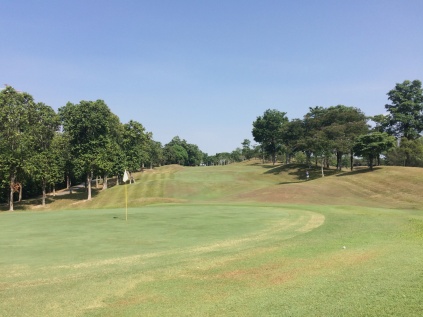 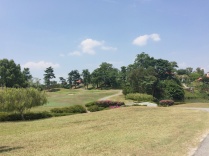 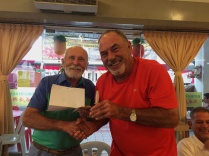