Once again we returned to the Coliseum Cafe for our annual Xmas lunch. There were 16 of us in attendance this year and as per the usual procedure we had drinks prior to lunch in the front bar from 12 noon till around 1pm. We then moved to the back restaurant at our usual long table strategically placed behind some screens, no doubt to shield the other diners from our rabble.

Mike Smith made the introductory remarks giving a brief history of the Loose Cannons golf group and then proposed a toast to absent friends, Gordon Wingate and Murray Preston.

Following the explosion of poppers, tooters and spraying of fake snow we commenced lunch. Interspersed with the food and wine we were entertained by numerous jokes, recitals and songs by the members. Much of these we had heard before but it was always entertaining to hear the same old jokes and songs yet again.

16 bottles of wine were demolished during the lunch after the numerous beers in the bar beforehand so all members duly staggered home well fed and watered. 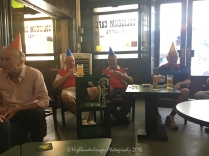 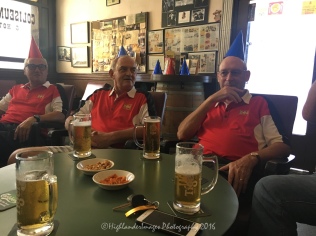 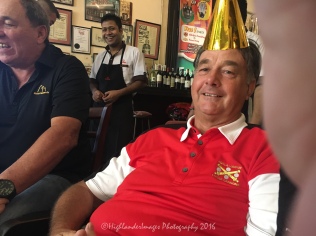 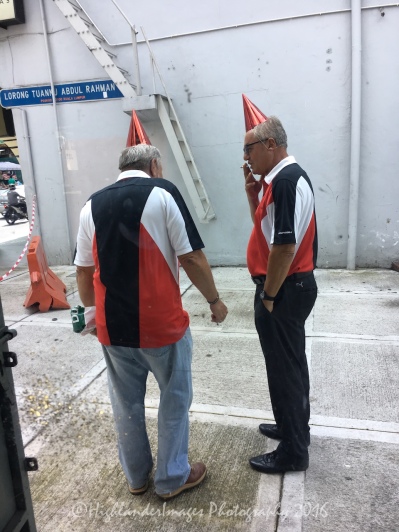 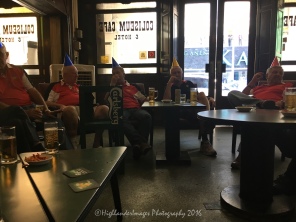 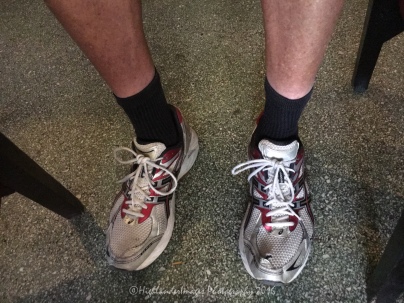 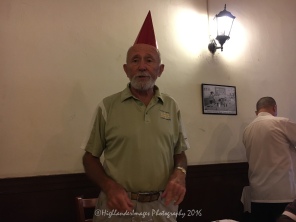 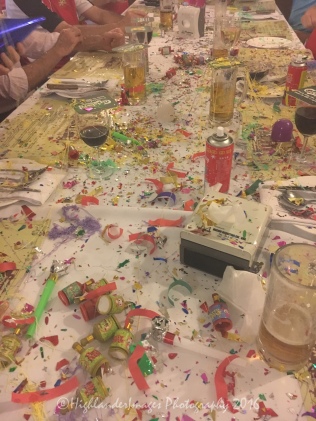 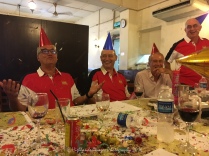