Living just a stone-throw from KGPA and having had more or less the same downpours I was a bit worried about the course  conditions, but it was not too bad, soggy sections of some holes yes, but playable sometimes with a little of ball movement.

Good golf weather, nice venue but the city is coming closer and closer, next up is a hotel squeezed in next to the Phileo Semantan MRT-station.

We had a good post game lunch at Pantai Seafood Restaurant, but only 50% of the players attended…..

I was in the same buggy as Ian Wise, and surprise surprise when he pulled the bag cover off, there was no driver. But it did not hurt him at all, almost as long with the 3-wood from the tee-box and on the fairway. 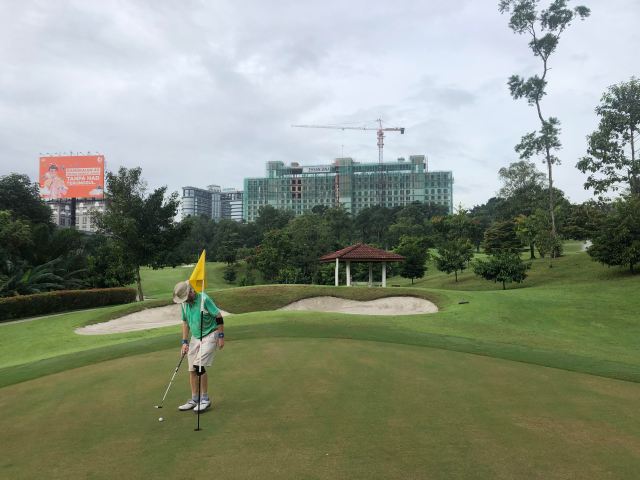